According to Critics: Every Mario Kart Game Ranked

With Mario Kart turning 30 next year, here's a definitive list of all the editions of the series so far with some surprising rankings. For the past 30 years, Mario Kart has been one of Nintendo's most iconic franchises. Debuting with Super Mario Kart in 1992, there have been 15 editions to the series, with the most recent release being Mario Kart Live: Home Circuit, a mixed reality game for the Switch. Most of today's gamers have played at least one Mario Kart, with the game's easy to pick up and hard to put down racing becoming a staple of gaming culture.

There are a ton of Mario Kart games now, and many of them hold a special place in the hearts of fans. It's now been seven years since the last truly new entry in the series, so which entry do critics currently hold up as the best Mario Kart game ever made? For the purpose of these rankings, we've averaged scores from professional critics on Metacritic and Internet Games Database. However, this excludes the arcade versions of Mario Kart, which was fairly popular in its own right.

Mario Kart Tour is the first foray into mobile games, released on Android and iOS in 2019. The game has biweekly, downloadable tours with different cups, three courses and a bonus challenge. Many of the courses are featured in the original series, but also it also includes real-world locations such as New York, Tokyo and Paris.

Tour has a refreshing take on the series where it utilizes a point-based system instead of traditional finish line rankings. Also included is a new Frenzy mode, activated by collecting three identical items and each character has a unique item. However, despite some new features, critics criticized in-app purchases, uninspired track design and poor kart controls.

Released for the Wii in 2008, Mario Kart Wii is arguably the most popular of the series, currently sitting at 13th on the best-selling games of all-time list. The game saw Mario Kart return to basics after the incredibly successful Double Dash!! with 24 playable characters and unique new tracks across single-player, multiplayer and split-screen modes.

Mario Kart Wii was a hit with critics due to the inventive new tracks and the Wii's motion control gimmick being perfectly incorporated with the Wii Wheel. It successfully appealed to the Wii's goal of family fun games, with the few criticisms for the game mainly being levelled at the community's desire for improved graphics.

In the mixed reality title Mario Kart Live: Home Circuit, players use real-life toys to build stages to race opponents on their Switch. The toys of the characters from the series are equipped with a camera that players watch as they control their racer on the Switch.

The game was highly anticipated due to the developer, Velan Studios, stating it would have simple controls and the same type of playability as other editions in the series. Critics were positive about Nintendo's demonstration of how AR can be used, but the game was criticized for its high price point. The real-world space required for the game quickly made this one lose its charm, too.

Only the second entry in the franchise, Mario Kart 64 moved from Mode 7 graphics to polygon-based 3D graphics (though the racers are pre-rendered sprites) and was a huge step up graphically at the time. Moving to 3D graphics meant the game could include track features not previously possible, such as elevation, bridges, walls and pits. More modes were made available by adding Versus mode and Battle mode, which improved the game's replayability.

Critics praised the game's added features and multiplayer accessibility as it could now host four players at once. However, despite the new graphics and tracks, many critics felt there wasn't enough growth implemented from the wildly successful Super Mario Kart.

Mario Kart 7 went on to become the 3DS' best-selling game, shifting almost 19 million copies. The third handheld entry in the series, featured 17 different characters competing on 32 tracks, 16 new ones and 16 remade tracks from the previous instalments.

The game received high praise due to new features such as hang gliding, allowing players to glide through the air to another part of the track and underwater driving, which added a refreshing element to new tracks. Kart customization was also introduced in this version, allowing players more control over the style of their karts rather than picking from pre-made ones.

Double Dash!! was a huge hit when it was released on the GameCube in 2003. New to this edition were two-person karts, hence the game's name. Two characters handle a single kart where one character is responsible for steering while the other deals with items, but they can swap positions at any time. This also allowed for two players to play cooperatively in the same kart instead of playing competitively. Even today, nearly 20 years after its release, the return of Double Dash!! karting has remained a common fan request.

Perhaps even more notably, Double Dash!! was also the first game to use fully 3D graphics. Critics loved the simplicity of the game and the fresh change to the double karting, making it one of the most beloved entries in the franchise.

Mario Kart 8 was released in 2014 for the Wii U and is the eighth instalment in the series. Following all the typical features of a Mario Kart game, Mario Kart 8 introduced anti-gravity driving on walls and ceilings and allow players to bump into each other for a short speed boost. It also allowed for the addition of new characters and vehicles through Nintendo's Amiibo compatibility.

Mario Kart 8 received favourable reviews from critics, with mostly positive comments on its vibrancy and attention to detail of the characters and tracks. It became the fastest-selling Wii U game, shifting 1.2 million copies in its first four days.

Super Mario Kart is the first instalment of the Mario Kart series, developed and published by Nintendo for the SNES in 1992. Selling just under 9 million copies, it became the fourth best-selling SNES game of all time and was rereleased in 2017 as part of Nintendo's Super NES Classic Edition. The game featured eight of the characters from the Mario series, each with their own unique capabilities which affected their speed, acceleration and handling.

The game won critics' favour and was seen as a commercial success, winning a Player's Choice after selling a million copies. Fans loved the addictive and competitive gameplay of go-karting while playing as their favourite Mario characters.

Released in 2005 for the Nintendo DS, Mario Kart DS is the fifth instalment to the series and the first to be playable using the Nintendo Wi-Fi Connection, allowing players to finally compete online. It also introduced features that would remain in later titles, such as adding retro courses and revamped tracks. It also added the unique Emblems feature and a Missions mode that allowed players to complete objectives in a short series of events.

The game received critical acclaim mainly due to its graphics and gameplay, with most criticisms coming from its repetitive single-player mode. It was also praised for keeping most of its predecessor's features in the game despite being made on a portable device.

Mario Kart: Super Circuit is the 2001 release of the series for the Game Boy Advance and the third instalment after Mario Kart 64. Four players were able to compete using the Game Link Game. The game didn't bring many new features to the series but included all the tracks from Super Mario Kart and the traditional series features of Item Boxes, Coins and five playable Cups.

Critics loved the game on release, and it set benchmarks for handheld games standards in terms of graphics, sound and gameplay. The multiple game modes for on-the-go playing meant the game was ranked highly for its replay value.

Mario Kart 8 Deluxe is an enhanced version of Mario Kart 8, released for Nintendo Switch in 2017. It includes all the DLC available for Mario Kart 8, as well as gameplay tweaks and 1080p graphics while in the Switch Dock. Five additional characters were added to this version, including Bowser Jr., Dry Bones, King Boo, Inkling Boys and Girls and Gold Mario. The game also has been receiving updates since release, including a new vehicle and costume for Link.

Critics have ranked Deluxe as the best Mario Kart game to date mainly due to the multiplayer aspect of the game, with ease of play due to the Switch Docking or through an online connection. The Battle Mode was also revolutionary, adding in eight new arenas with several gameplay modes.

League of Legends: Everything We Know About Isolde leak

The Elder Scrolls V Skyrim: Everything You Should Know About Enchanting

What We’re Doing to Improve Transparency and Choice on... 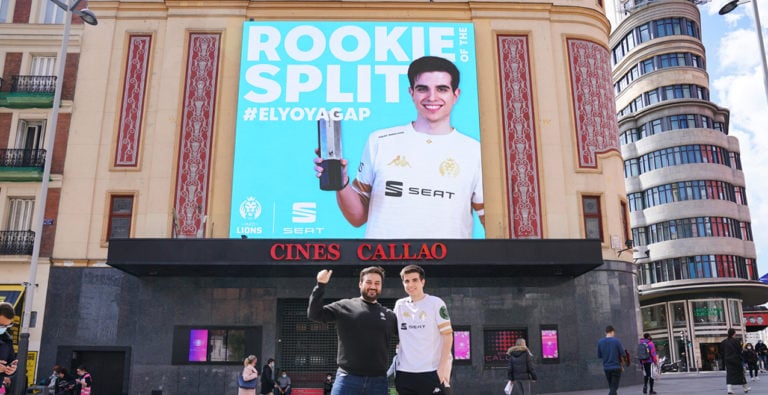 MAD Lions says Revenant ‘not part of the ownership group... 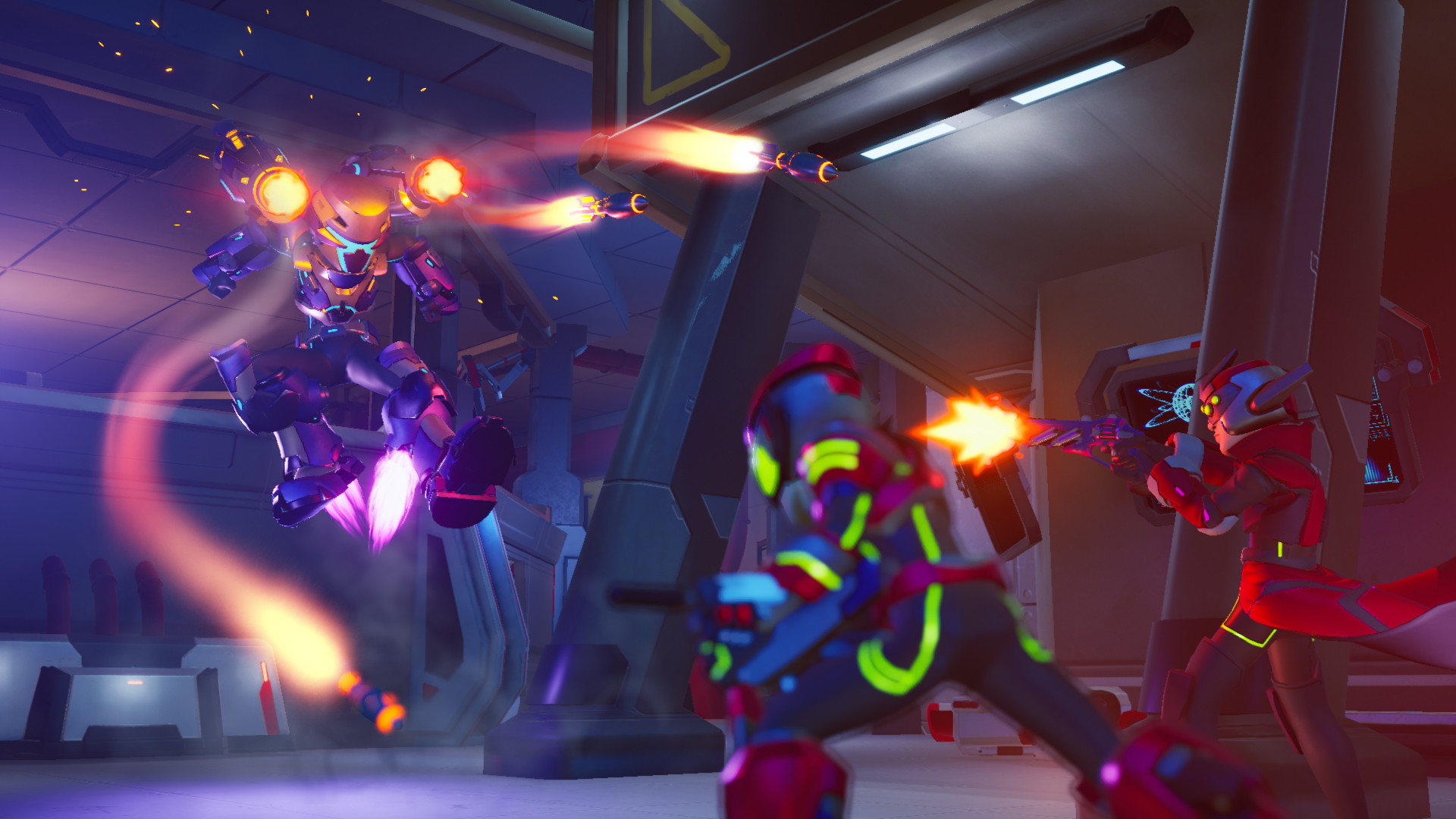 Give it a shot from November 12 to 28! Veteran Filipino developers Secret 6 are... 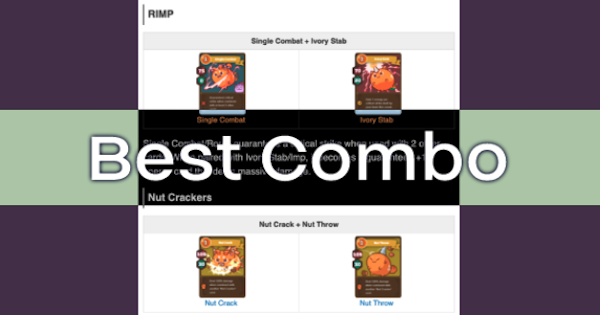 Check out our Best Combo List Guide in Axie Infinity to learn all of the class's...

PlayStation adds Rainbow Six and Apex Legends to its tournament... 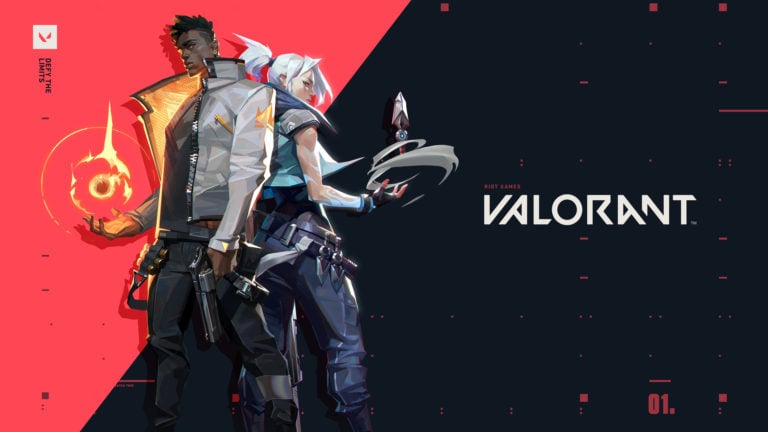 Here's a comprehensive guide to everything VALORANT Champions Tour. The post VALORANT...

Fallout: New Vegas' Five Most Unique Weapons and Where...

There’s a lot of weapons to get your hands on in Fallout: New Vegas, but these weapons...