Get ready to explore the dark fantasy realm of the Continent in The Witcher 3: Wild Hunt Next-Gen Update. Whether you’re stepping into Geralt of Rivia’s shoes for the first time, or you’re a hundred-hour monster-slaying veteran, there’s plenty of reasons to immerse yourself in this vast world of choice and consequence this winter. The […] 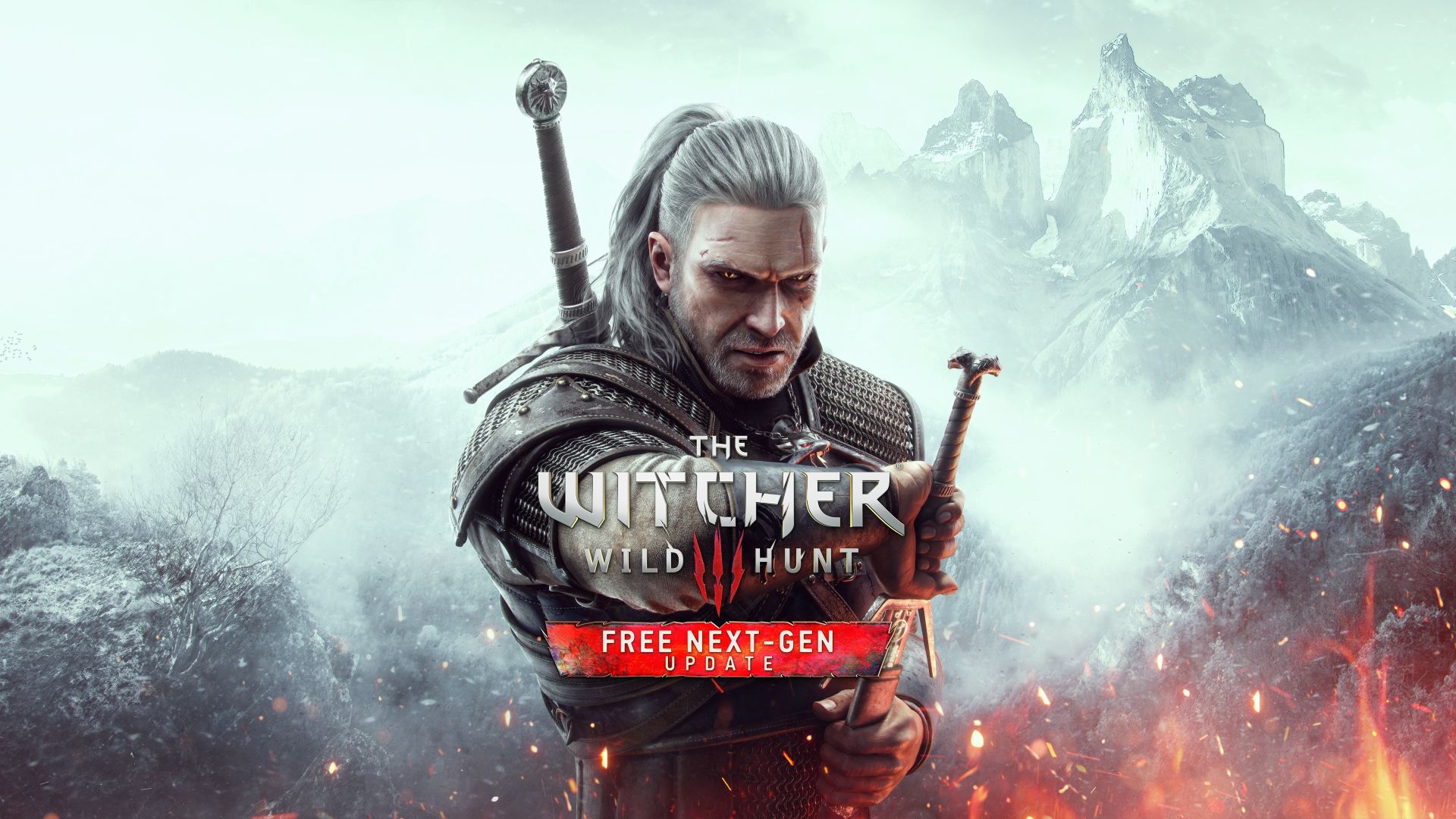 Get ready to explore the dark fantasy realm of the Continent in The Witcher 3: Wild Hunt Next-Gen Update. Whether you’re stepping into Geralt of Rivia’s shoes for the first time, or you’re a hundred-hour monster-slaying veteran, there’s plenty of reasons to immerse yourself in this vast world of choice and consequence this winter. The next-gen update for Xbox Series X|S arrives on December 14. It’s free for all current owners of The Witcher 3: Wild Hunt on Xbox One, and is packed with improvements, new features, and extra content to bring this beloved RPG into a more modern context. So, let’s see what’s in store!

The next-gen update also comes with integrated mods. The modding scene for The Witcher 3: Wild Hunt has always been vibrant and impressive, and we’ve curated a selection of mods to include improvements with a wide scope, such as reworked textures and character models up to 4K, refreshed monster models, visual bug fixes, immersion tweaks, and even map inconsistency fixes. It’s been great to implement community-made mods to help make this version of the game as beautiful, consistent, and up-to-modern-standards as possible.

We also have gameplay/content additions created by CD Projekt Red in-house. We scoured hundreds of mods and community requests to see what would make smart additions, and the effect is a more streamlined gameplay experience, with our own improvements on textures, character models, and cutscenes added as well. There are too many to mention here, but some additions of note include quick sign casting, making it simpler and more intuitive to cast Witcher signs in combat (no need to fiddle around with the radial menu and accidentally choose Yrden when you want Igni), more UI and map customization options, an alternative camera, environmental and character model improvements — enjoy the vastly better looking vegetation — faster herb looting that skips the loot selection window, and bug fixes which resolve some issues that the community has been aware of for quite some time.

As for new content, Witcher worlds are colliding with free DLC inspired by “The Witcher” Netflix series. We know this will be the first time some players will be playing Wild Hunt, and it’s likely that a number of these players will come to the game after watching the live-action Netflix series. Now players will be able to equip items and gear inspired by both seasons 1 & 2! We have two new armor sets and a steel and silver sword for Geralt to wield, an alternate outfit for Dandelion, and new armor for Nilfgaardian soldiers. And tying into this batch of free DLC is an all-new quest, “In the Eternal Fire’s Shadow”. These additions bring something cool for old and new players alike, bridging the worlds of the show and the game while also giving experienced players some fresh gear and some new action in the form of the quest. These items and the quest are also coming to Xbox One, by the way!

Another cool feature to bring attention to here is cross progression. Xbox players will now be able to seamlessly take their saves to other platforms thanks to the Cloud. Say you have an old save from six or seven years ago on your Xbox One — well, now you can portal that save into the next generation on Xbox Series X|S and finish up your playthrough!

There are many other elements that players will see when they get their hands on the game, and you can see the game in action on a recent REDStreams broadcast. This next-gen update is free for all current owners on Xbox One. And if you own the GOTY Edition, you’ll get a free upgrade to the Complete Edition, which includes the Hearts of Stone and Blood and Wine expansions. Right now, save big on The Witcher 3: Wild Hunt during the Xbox Black Friday sale ahead of the next-gen update.

This is a super special release for us. Veteran players get to rediscover what they loved about the game with a fresh, next-gen lens, and new players are in the envious position of discovering this epic RPG for the first time in the best way possible. That’s definitely something to be jealous of!

The Witcher 3: Wild Hunt – Game of the Year Edition

☆☆☆☆☆ 546
★★★★★
$49.99 $9.99
Get it now
Xbox One X Enhanced
If you buy this game, you will receive a free next-gen update on December 14th! On this date, this product’s name will also change from Game of the Year Edition to Complete Edition. The most awarded game of 2015! Become a monster slayer for hire and embark on an epic journey to track down the child of prophecy, a living weapon capable of untold destruction. INCLUDES ALL EXPANSIONS AND ADDITIONAL CONTENT.

☆☆☆☆☆ 1511
★★★★★
$39.99 $7.99
Get it now
Xbox One X Enhanced
If you buy this game, you will receive a free next-gen update on December 14th! The Witcher 3: Wild Hunt is a story-driven, next-generation open world role-playing game set in a visually stunning fantasy universe full of meaningful choices and impactful consequences. In The Witcher, you play as a professional monster hunter, Geralt of Rivia, tasked with finding a child of prophecy in a vast open world rich with merchant cities, pirate islands, dangerous mountain passes, and forgotten caverns to explore. Features: Play as a Highly Trained Monster Slayer for Hire Trained from early childhood and mutated to gain superhuman skills, strength and reflexes, witchers are a distrusted counterbalance to the monster-infested world in which they live. Explore a Morally Indifferent Fantasy Open World Built for endless adventure, the massive open world of The Witcher sets new standards in terms of size, depth and complexity. Chase Down the Child of Prophecy Take on the most important contract to track down the child of prophecy, a key to save or destroy this world.
Related:
The Mist Stirs – Join the Valheim Public Test to Preview of the Latest Biome!
It’s Time to Start Skilling with Smite x RuneScape, Along with a Futuristic New Battle Pass
Check Out What’s New in Rumbleverse Season 2 – Now Available for Xbox

Big ‘80s Action with a Huge World of Tanks Update

Rekt! High Octane Stunts Now Available on Xbox One and... 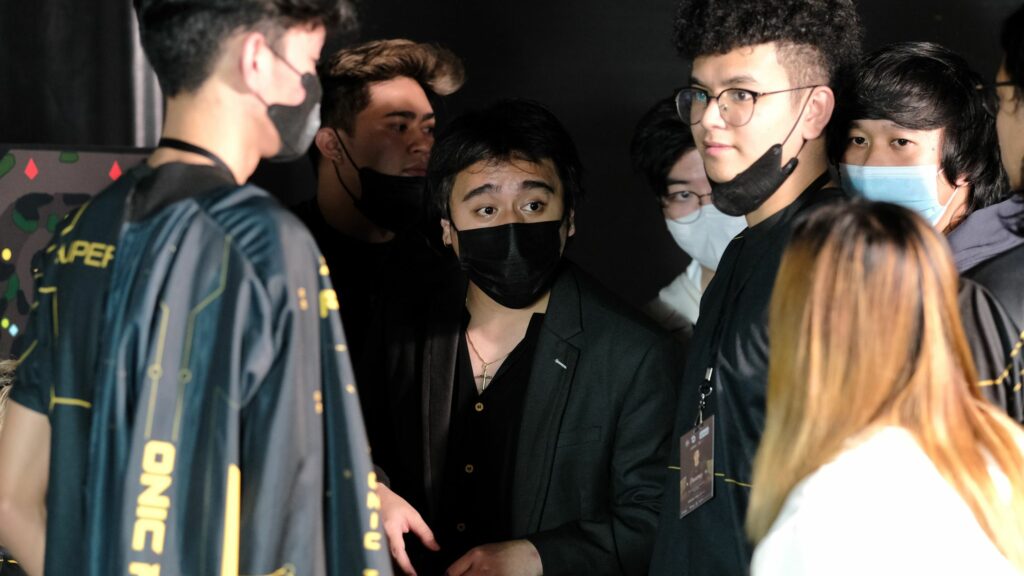 ONIC PH made two new additions to its intact roster for the upcoming MPL Philippines...

Congratulations to the Origins Theorycrafting Winners!

Your prizes are on their way! 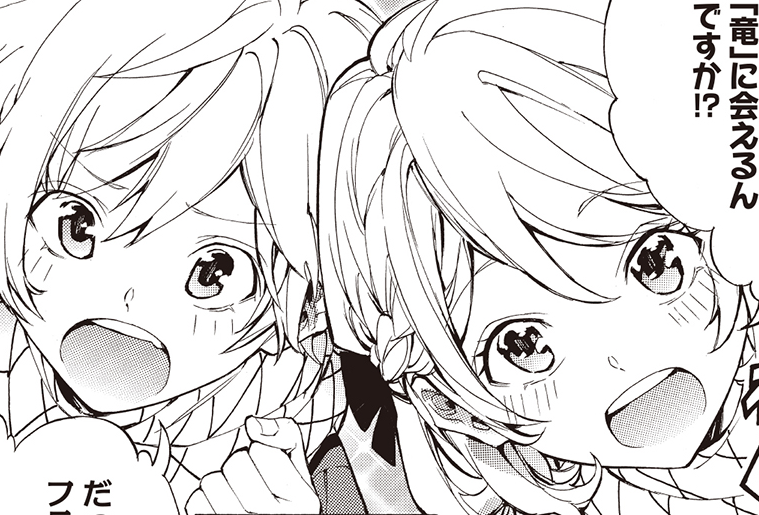 Get a look at the prologue for Fire Emblem Engage's manga...

Officially kicking off in March 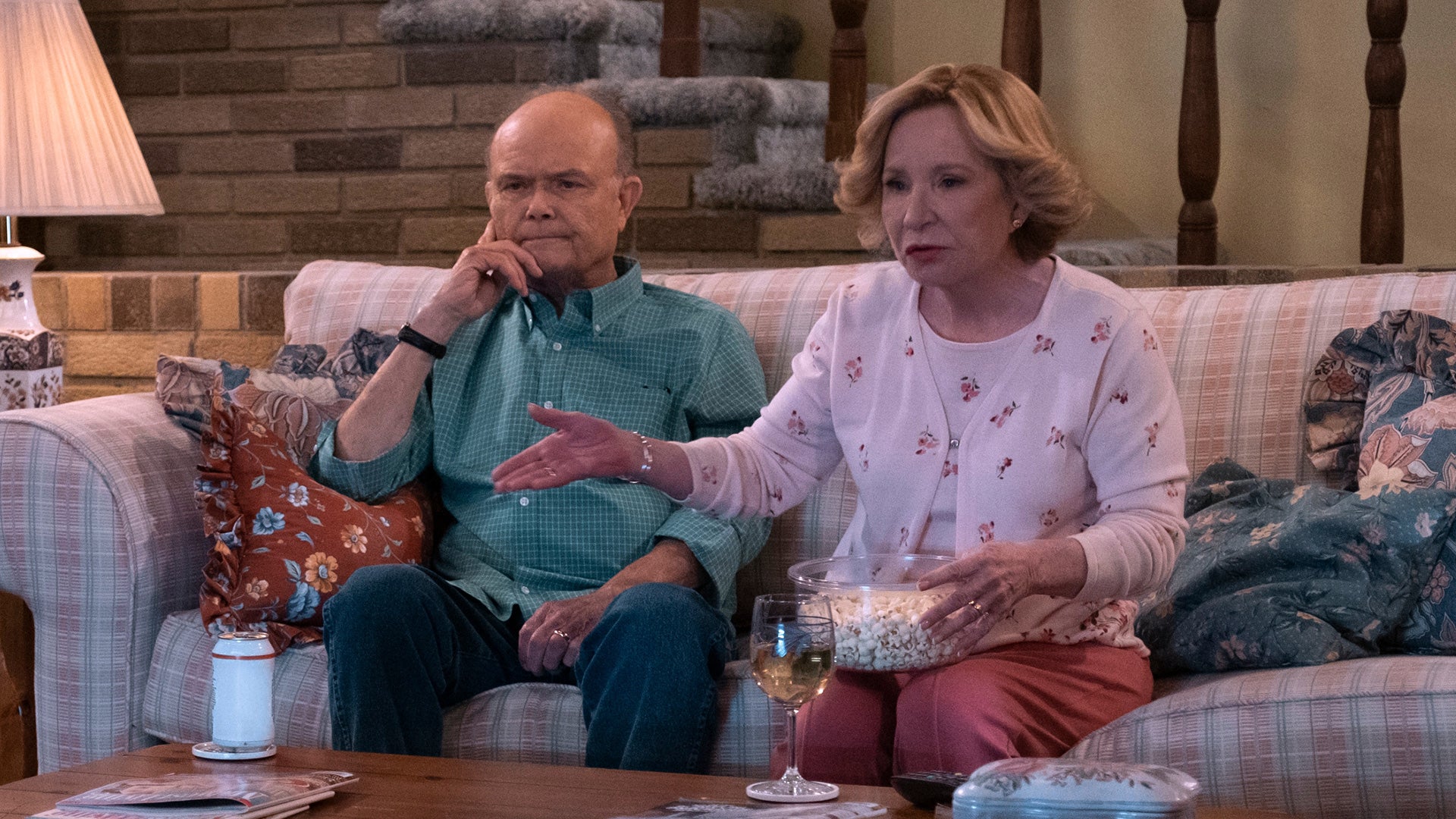 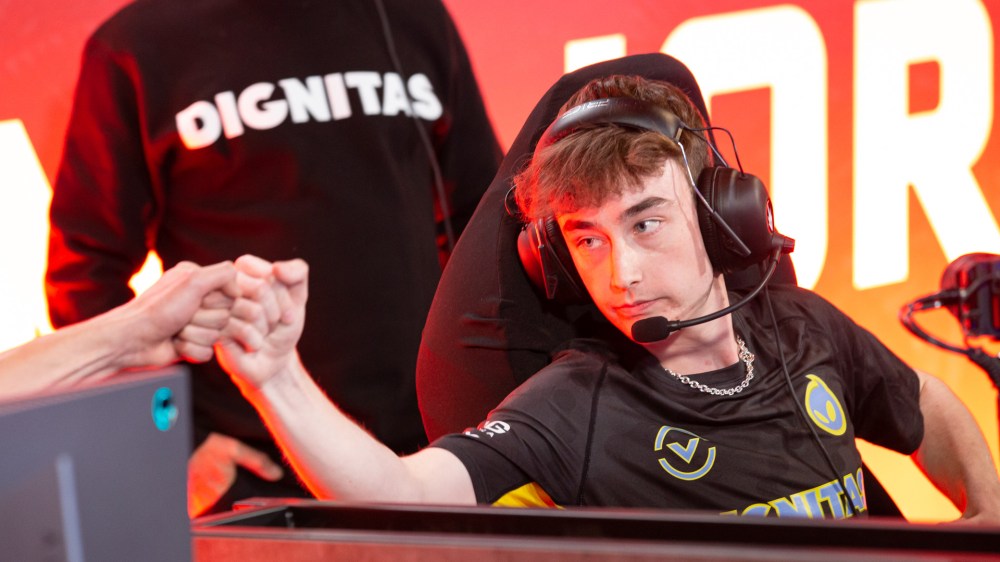 On Sunday, July 3, a new RLCS Major Champion was crowned in a churning Copper Box... 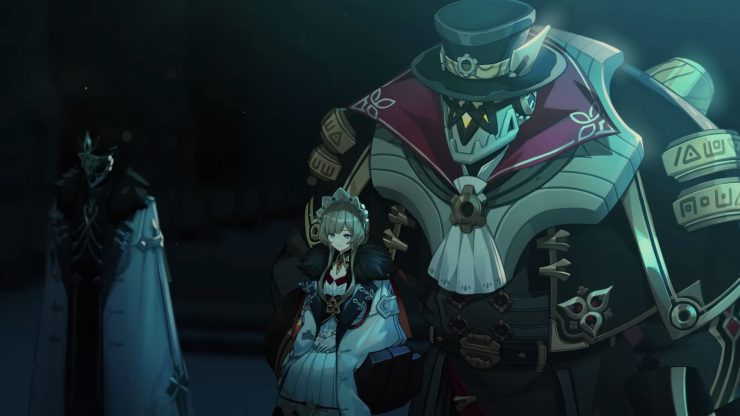 Genshin Impact’s Sandrone, also known as The Marionette, is yet another mysterious... 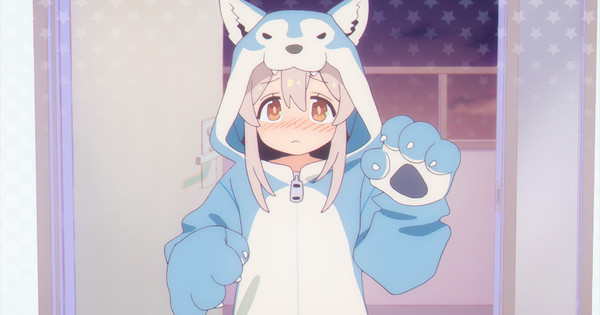 Every episode of Onimai thus far has found an excuse to put Mahiro in a cute new...